The Wolf family influenced Temecula with their civic minded and entrepreneurial spirit.

Louis Wolf
Louis Wolf first arrived in Temecula in 1857. He partnered with John Magee to run the first store in Temecula. After the Magee Store burned to the ground, Wolf started his own store that served as a center of the community. At the same time, he served the public as the Postmaster, Justice of the Peace, and the Secretary of the Board of Education.

Literary Inspiration
Author Helen Hunt Jackson stayed with the Wolf family in 1882. Louis' wife, Ramona, inspired Mrs. Jackson. As a result, she modeled the main character in her book “Ramona” after Ramona Wolf. 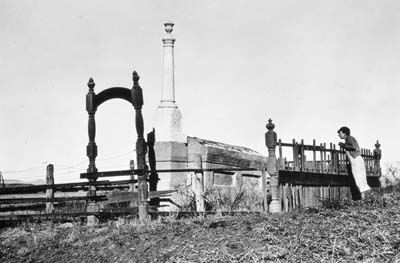 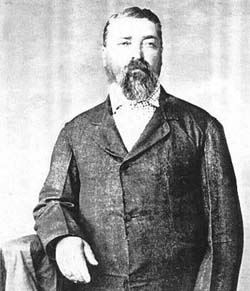 “Wolf, one of the oldest residents of San Diego County, died in his residence in Temecula where he began a trading post with the Indians in a small adobe store in 1859 with only brawn, brain, industry, and perseverance as capital, but amassed a small fortune.”
- San Diego Union Newspaper
Wolf’s Tomb
Louis Wolf and his children are buried in a tomb overlooking Temecula's Wolf Valley. The monument, entitled Wolf’s Tomb, is a tribute to the Wolf family that influenced the Temecula community for decades.
Contact City Staff
City Employment
Agendas
Permit Center
Ch3 and Live Meetings