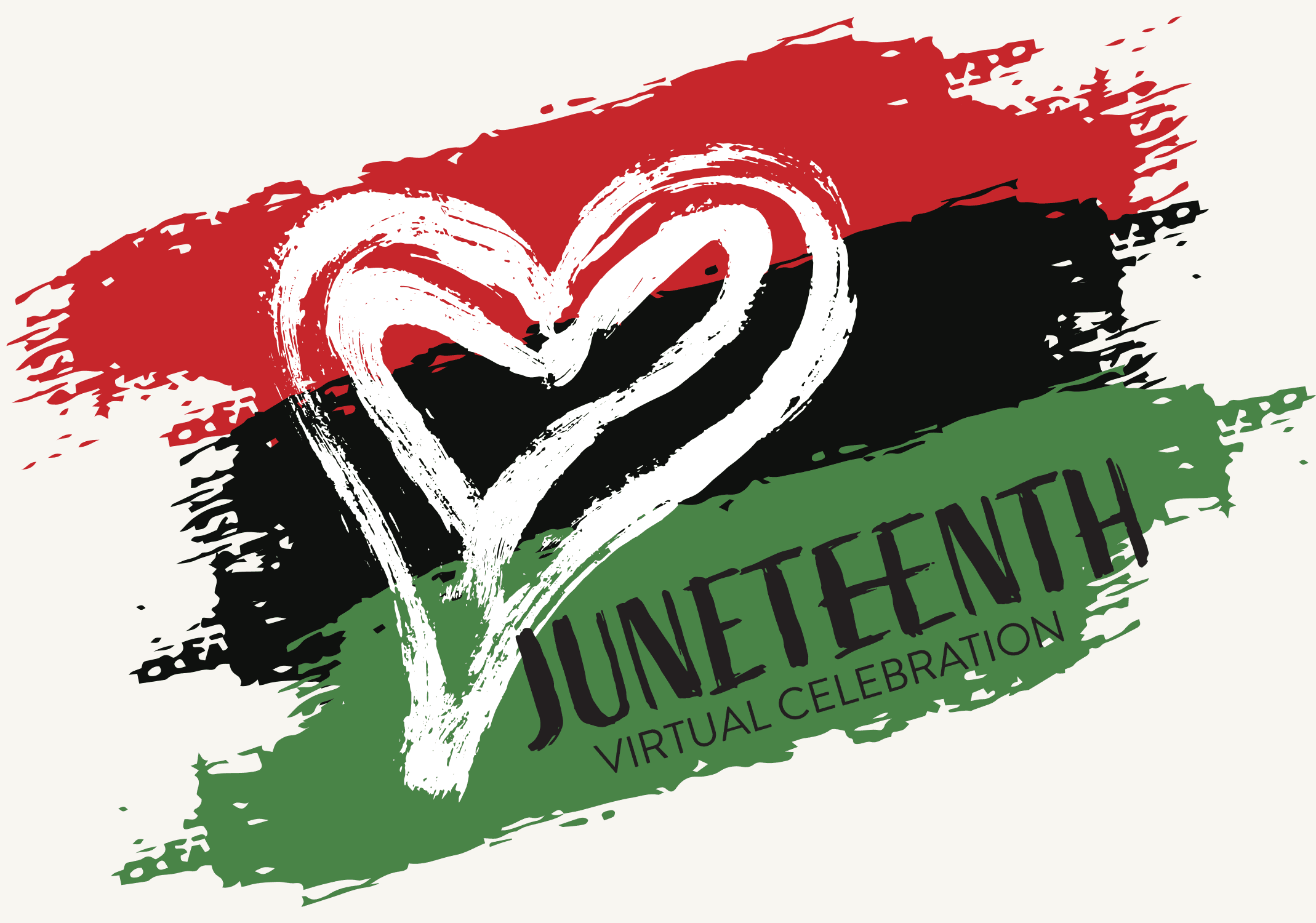 Join the City of Temecula as we celebrate freedom and perseverance with an inaugural Virtual Juneteenth Celebration hosted by the Community Services Department from Saturday, June 19 – Monday, July 19, 2021.

This free virtual experience commemorates the historical journey of freedom for people around the globe marking the legal end of slavery in Texas on June 19, 1865. Celebrate African-American achievements and connect with black-owned businesses here in Temecula. Support participating businesses by accessing special JUNE19 discounts.  Cultivate friendships and community while connecting with family and friends to reflect on the past and look forward to the future this Juneteenth in Temecula. 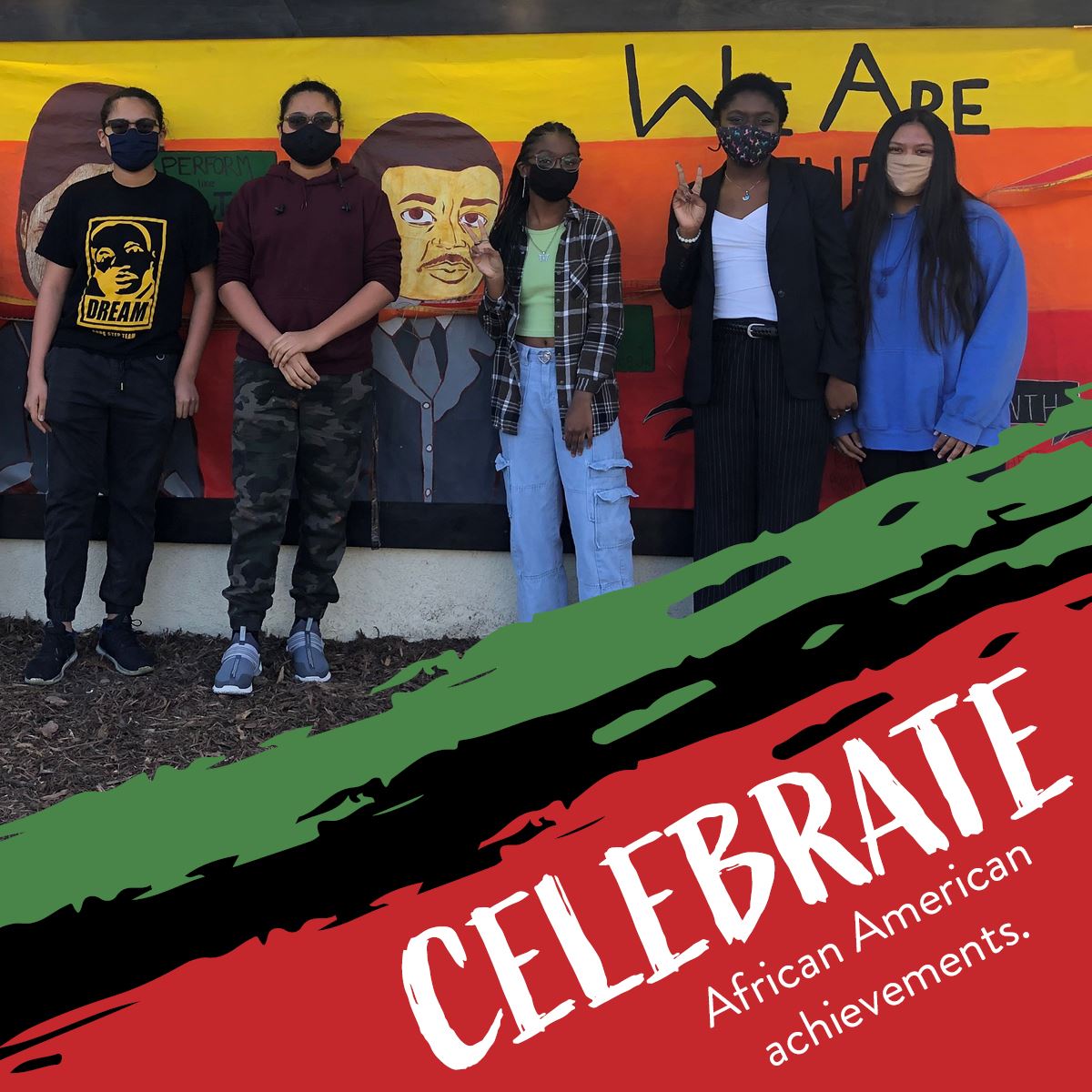 The City of Temecula is dedicated to celebrating cultures and history. The Student Art Mural Project, is a new effort by the City of Temecula, Community Services Department, seeks to support emerging artists by allowing them a space to showcase their craft while focusing on important messages to impact the community.

The murals change out monthly and are located at Sam Hicks Monument park in Old Town Temecula. 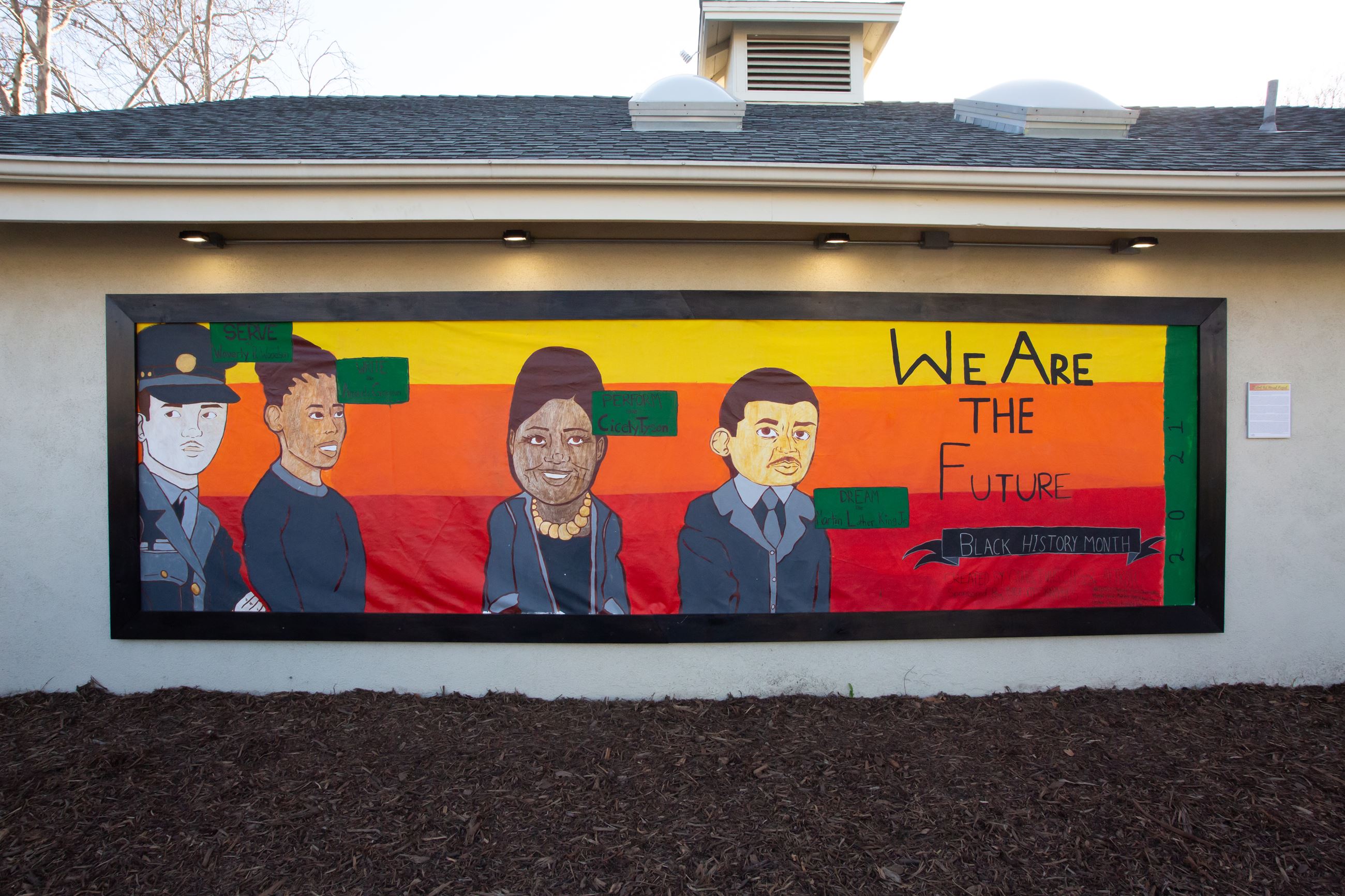 In honor of Black History Month, the students from Great Oak High School created this mural with the message that we all should be inspired by these great Black Americans to make the most of our future.

Waverly Bernard Woodson Jr. (August 3, 1922 – August 12, 2005) was an American Staff  Sergeant. He is best known for his heroic actions as a combat medic during the Battle of Normandy in World War II. Woodson was a combat medic. While coming ashore at Omaha Beach, Woodson's landing craft was hit by a shell and Woodson suffered shrapnel injuries. After receiving treatment, Woodson set up a first aid station and began treating other wounded soldiers. Later, Woodson was alerted to three men having been submerged; Woodson provided artificial respiration to the three men, reviving them. It has been estimated that Woodson's actions saved the lives of as many as 200 soldiers.  General John C. H. Lee determined that Woodson's actions warranted the honor of a Medal of Honor, but  Woodson received a Bronze Star Medal along with a Purple Heart. Despite his heroism, Woodson did not receive the Medal of Honor. This has been attributed to racial discrimination and to the National Personnel Records Center fire in 1973 that destroyed around 80% of the Army's personnel records.                            Source: https://en.wikipedia.org/wiki/Waverly_B._Woodson_Jr.

Amanda Gorman is the youngest inaugural poet in U.S. history, as well as an award-winning writer and cum laude graduate of Harvard University, where she studied Sociology. She has written for the New York Times and has three books forthcoming with Penguin Random House.  Her words have won her invitations to the Obama White House. Amanda has performed multiple commissioned poems and she has spoken at venues across the country, including the Library of Congress and Lincoln Center. She has written for the New York Times newsletter The Edit and penned the manifesto for Nike's 2020 Black History Month campaign. In 2017, Amanda Gorman was appointed the first-ever National Youth Poet Laureate by Urban Word. She is the recipient of the Poets & Writers Barnes & Noble Writers for Writers Award, and is the youngest board member of 826 National, the largest youth writing network in the United States.
Source: https://www.theamandagorman.com/

Cicely Tyson (December 19, 1924 – January 28, 2021) was an American actress. In a career spanning more than seven decades, she became known for her portrayal of strong African-American women. Tyson received three Primetime Emmy Awards, four Black Reel Awards, one Screen Actors Guild Award, one Tony Award, an honorary Academy Award, and a Peabody Award. In addition to her screen career, Tyson appeared in various theater productions, also receiving numerous awards. Tyson was named a Kennedy Center honoree in 2015. In November 2016, Tyson received the Presidential Medal of Freedom, which is the highest civilian honor in the United States. In 2020, she was inducted into the Television Hall of Fame. Source: https://en.wikipedia.org/wiki/Cicely_Tyson

Martin Luther King Jr. (born Michael King Jr.; January 15, 1929 – April 4, 1968) was an African American Baptist minister and activist who became the most visible spokesperson and leader in the Civil Rights Movement from 1955 until his assassination in 1968. King advanced civil rights through nonviolence and civil disobedience, inspired by his Christian beliefs and the nonviolent activism of Mahatma Gandhi. King participated in and led marches for blacks' right to vote, desegregation, labor rights, and other basic civil rights. King led the 1955 Montgomery bus boycott and later became the first president of the Southern Christian Leadership Conference (SCLC).. King helped organize the 1963 March on Washington, where he delivered his famous "I Have a Dream" speech on the steps of the Lincoln Memorial. King won the Nobel Peace Prize in 1964 for combating racial inequality through nonviolent resistance. In 1965, he helped organize two of the three Selma to Montgomery marches. In 1968, King was planning a national occupation of Washington, D.C., to be called the Poor People's Campaign, when he was assassinated on April 4 in Memphis, Tennessee. King was posthumously awarded the Presidential Medal of Freedom and the Congressional Gold Medal. Martin Luther King Jr. Day was established as a holiday in cities and states throughout the United States beginning in 1971; the holiday was enacted at the federal level by legislation signed by President Ronald Reagan in 1986.
Source: https://en.wikipedia.org/wiki/Martin_Luther_King_Jr. 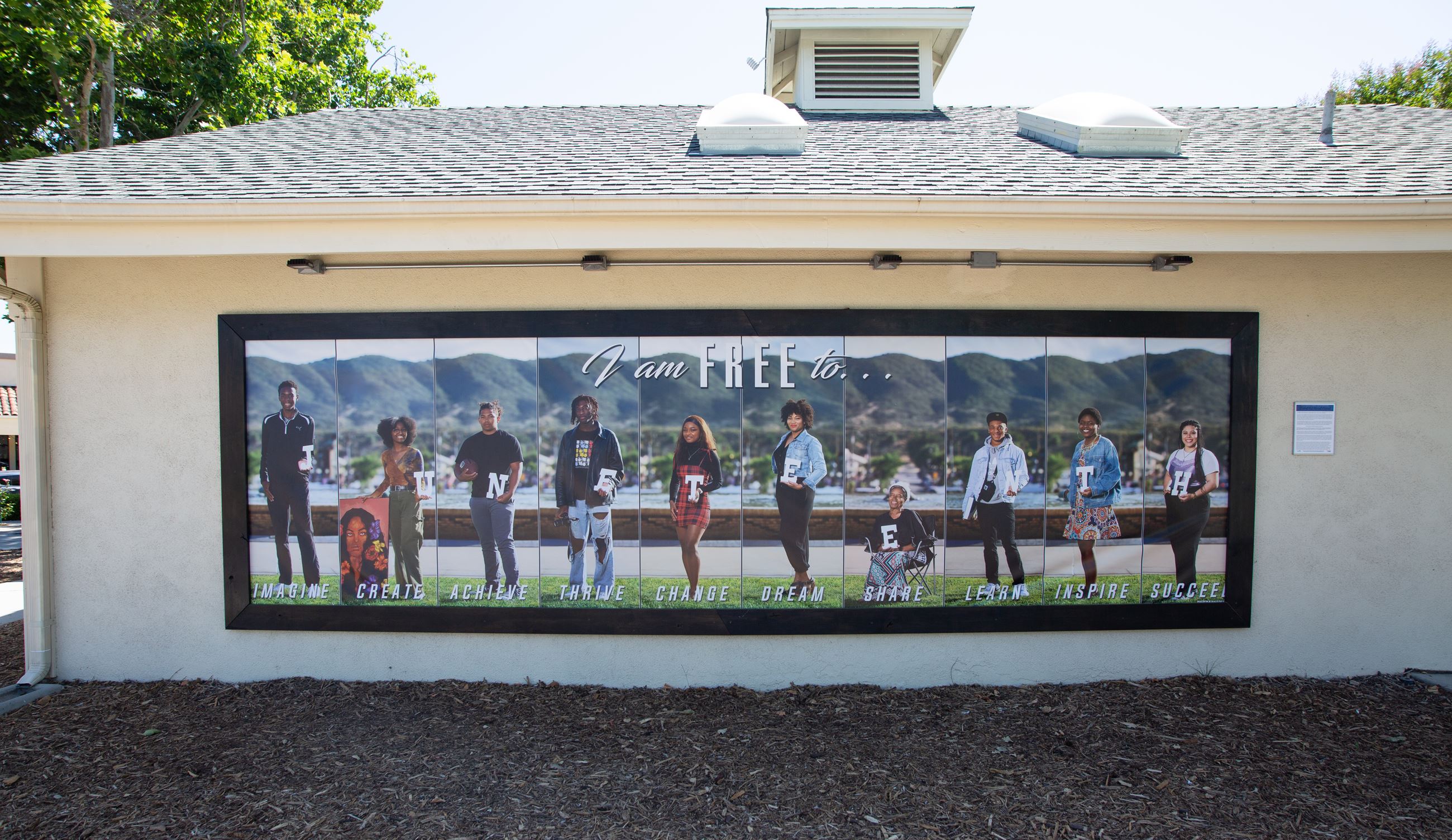 In honor of Juneteenth, Temecula high school students, facilitated by Great Oak High School's Black Student Union Media Director, Phylicia Joseph,  created a mural commemorating Juneteenth and celebrating the progress that has been made since the emancipation of slavery while still respecting the struggles that persist, by showcasing the talents of African American students and residents in our community and their part in the "important progress" towards equality and representation.

The Juneteenth "I am Free..." mural is currently on display at Sam Hicks Monument Park and will remain up throughout the month of June. 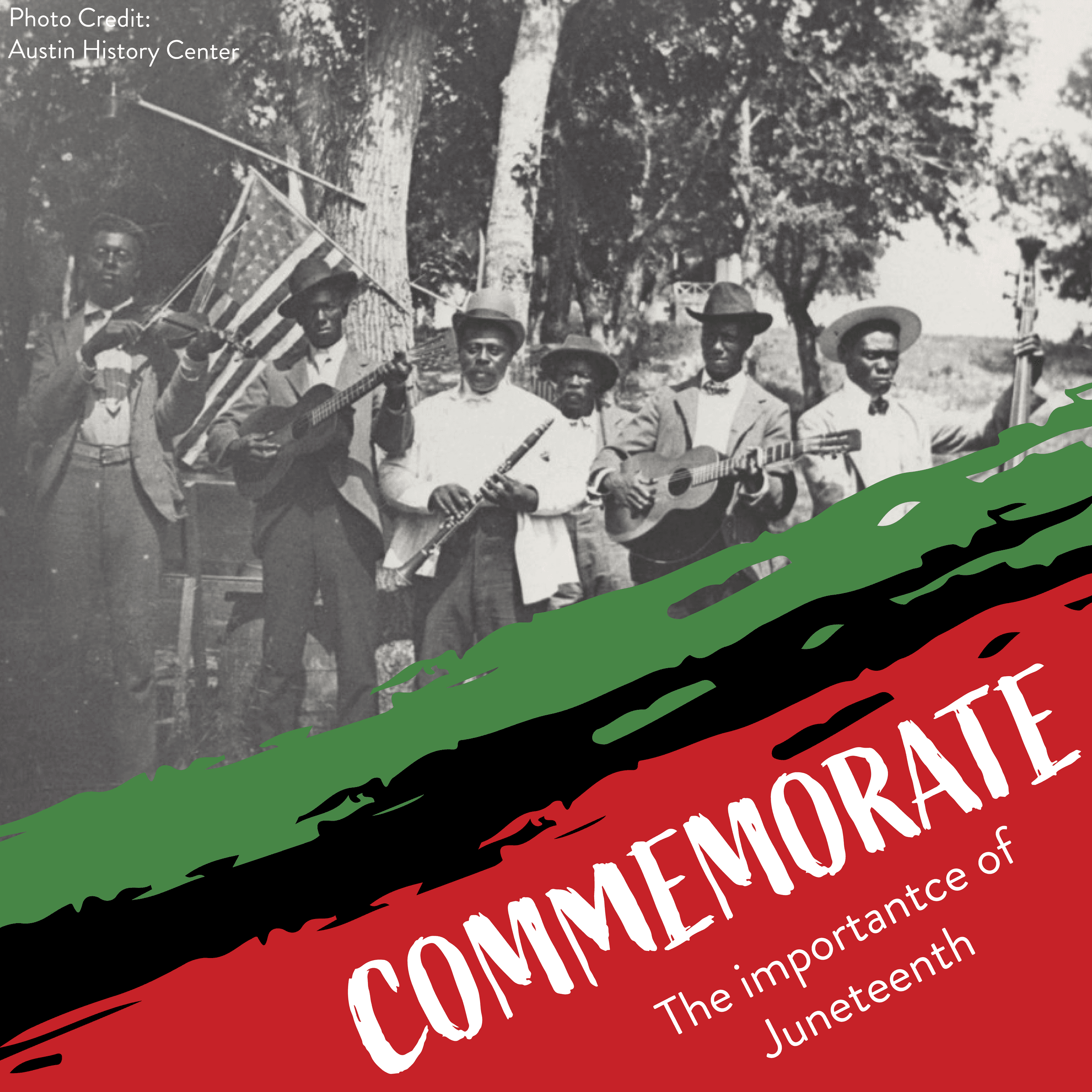 Commemorate Juneteenth
Juneteenth is a time to celebrate, gather as a family, reflect on the past and look to the future. This year marks the 156th anniversary of Juneteenth in the United States of America.

Celebration of Juneteenth
On June 19, 1865, Union General Gordon Granger arrived in Galveston, Texas. He informed the enslaved African Americans of their freedom and that the Civil War had ended. This momentous occasion has been celebrated as Juneteenth -- a combination of June and 19 -- for over 150 years. 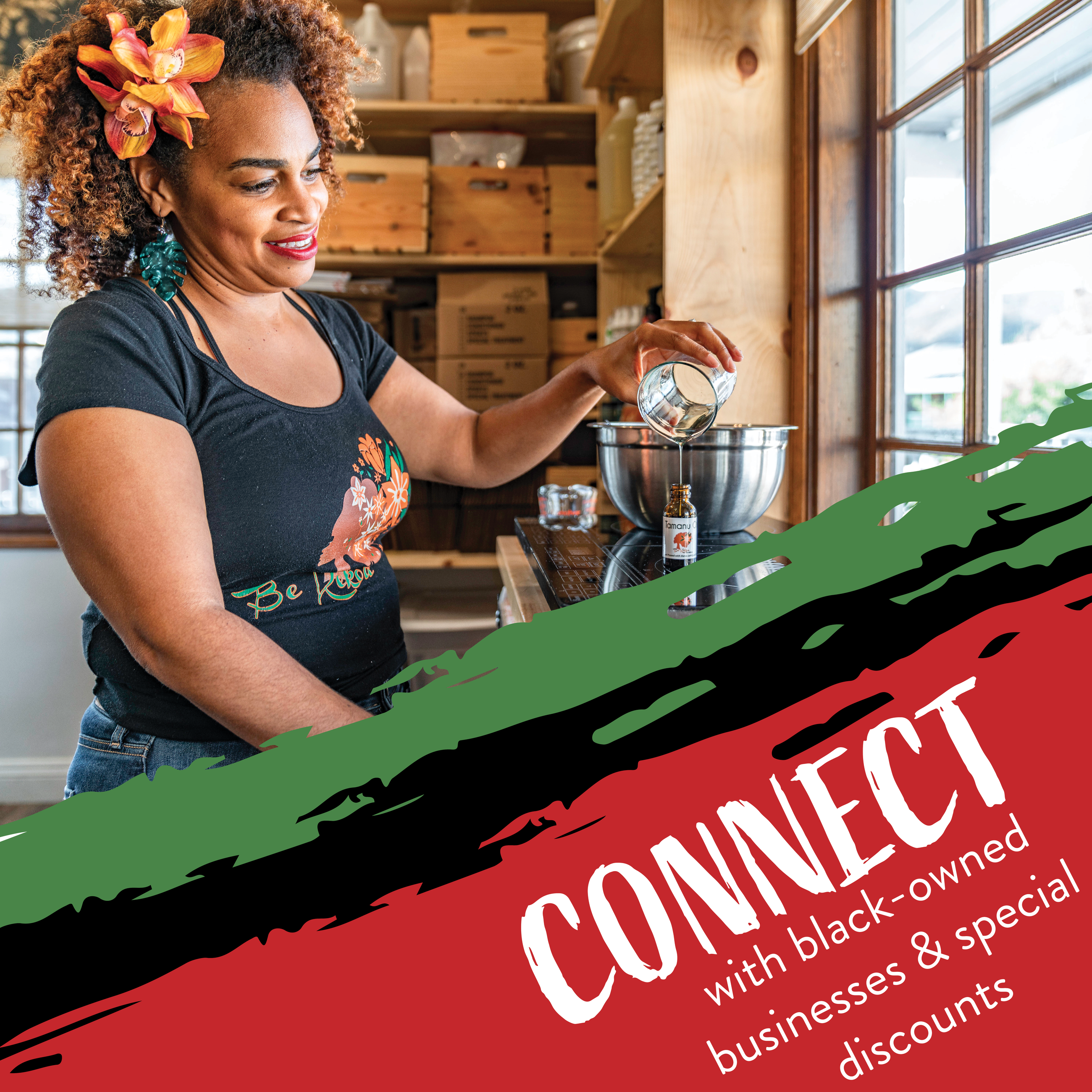 The City of Temecula has partnered with local, black-owned business to offer special JUN19 discounts in honor of Juneteenth. See below for a list of participating businesses: