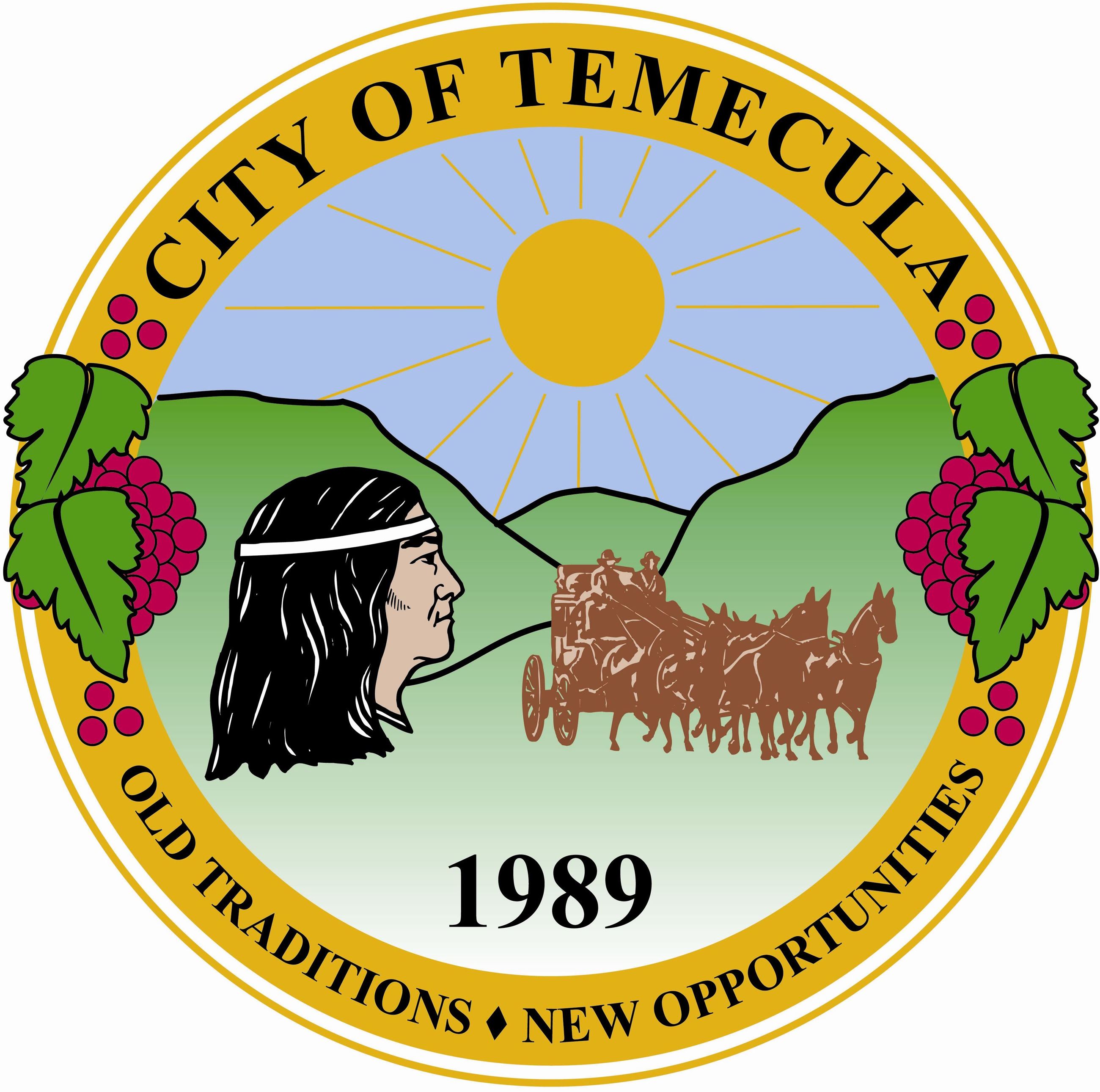 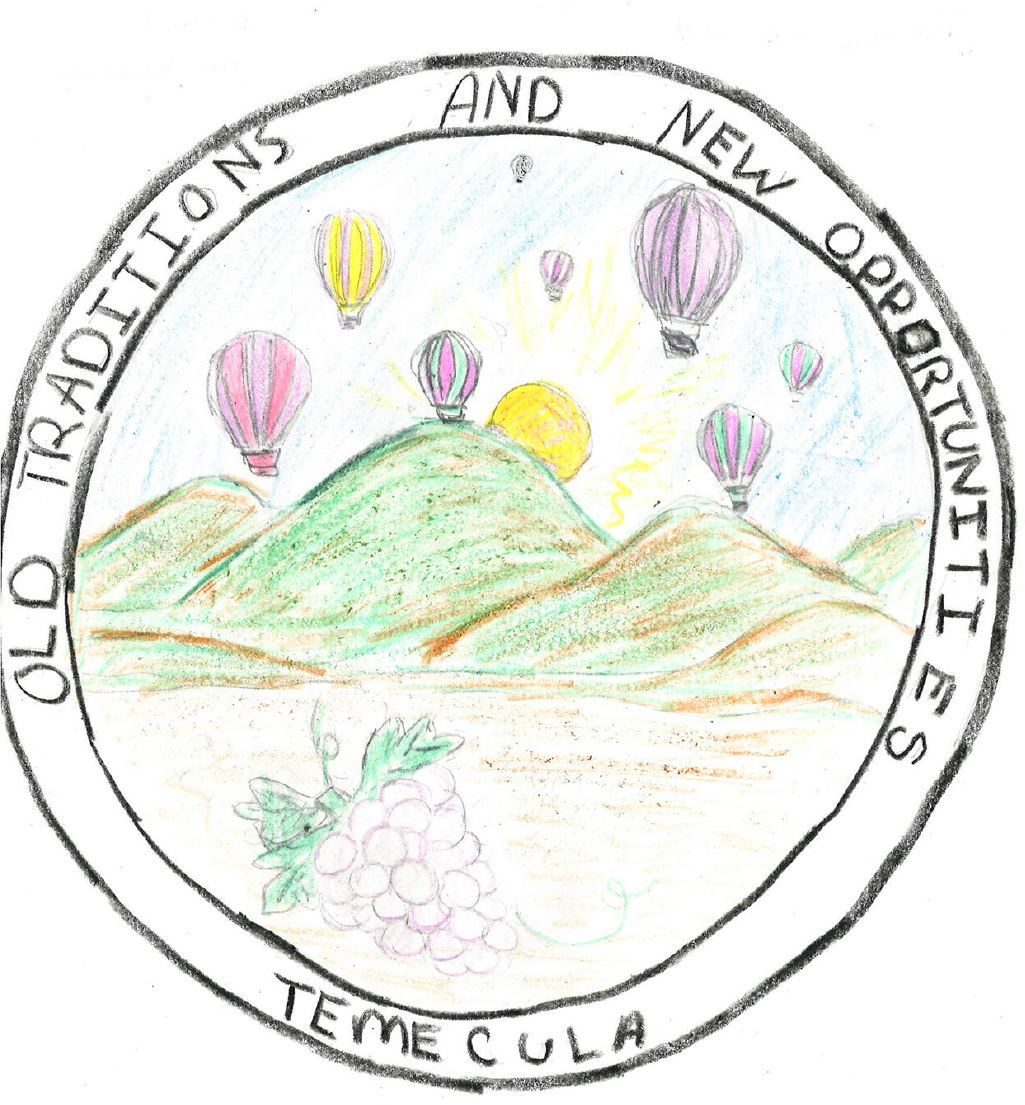 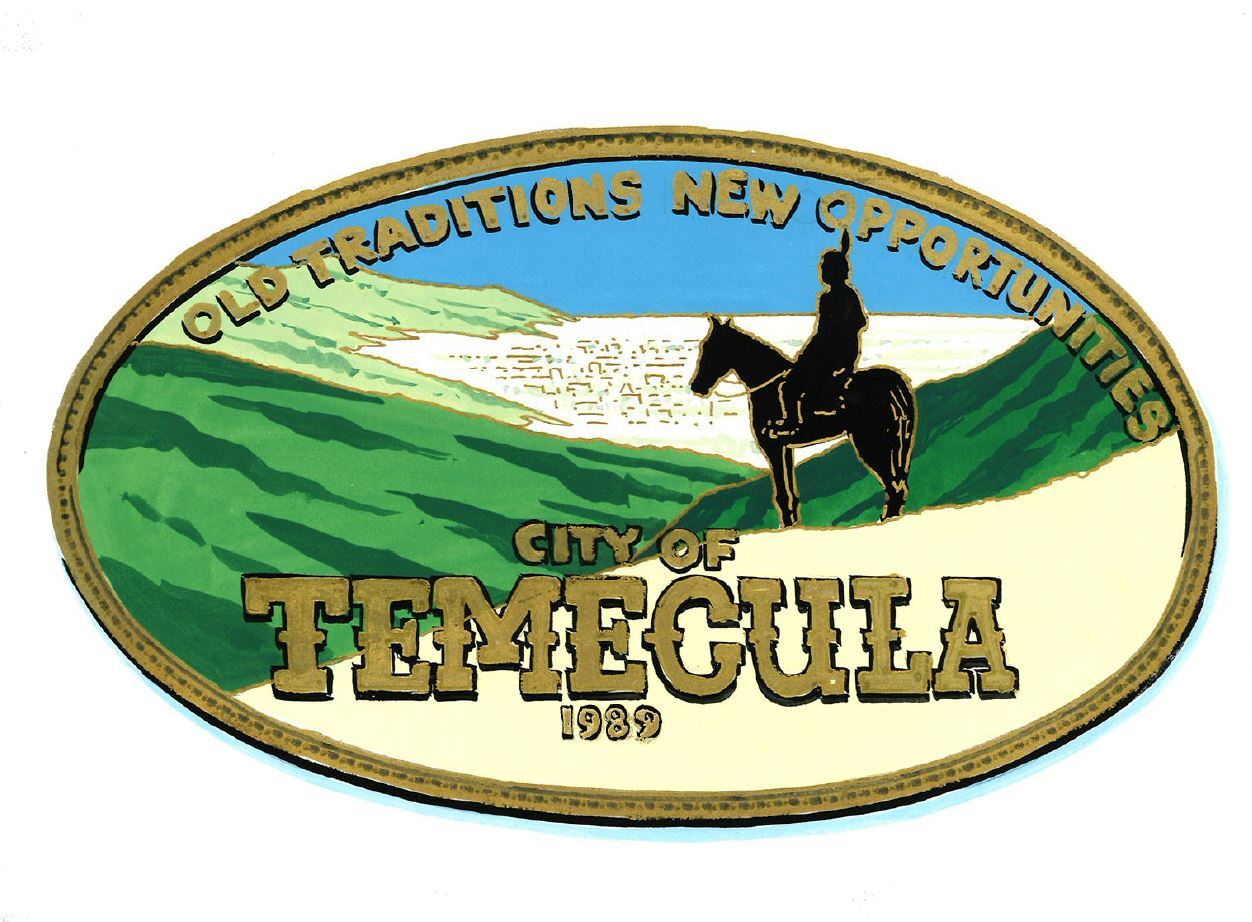 Now that the citizens had adopted the historic name of Temecula for their new City, one of the first items of business was to adopt an official City seal.  The City seal adopted on December 1, 1989, was two concentric circles separated by a narrow black border.  Contained within the outer circle were the words City of Temecula, California at the top and Incorporated 1989 at the bottom.  The center was blank.  The City Council then requested that a Committee be formed to work on the development of a City seal “more illustrative of the City.”

The Committee, Chaired by Council Member Pat Birdsall, was made up of twelve members:

They identified possible themes including agriculture, heritage, community events, and abstract representations of the future.  The Committee consensus was that the community’s heritage should be the theme expressed by the City Seal. Then they worked to design and refine six different concepts.

Concurrently, the Temecula Chamber of Commerce held a contest for Temecula schools to submit ideas for a City seal.  From those entries, our City slogan emerged.  A seal submitted by sixth-grader Heather Short from Temecula Middle School included the motto: Old Traditions, New Opportunities.  Though there were other suggestions from the community, the committee felt that Heather summed up the spirit of the community, and recommended it be incorporated into the six designs submitted.

The six designs were presented to City Council on September 18, 1990, and citizens were encouraged to attend this meeting to give input to the City Council on their favorite design.  The results, as you can see, are history.