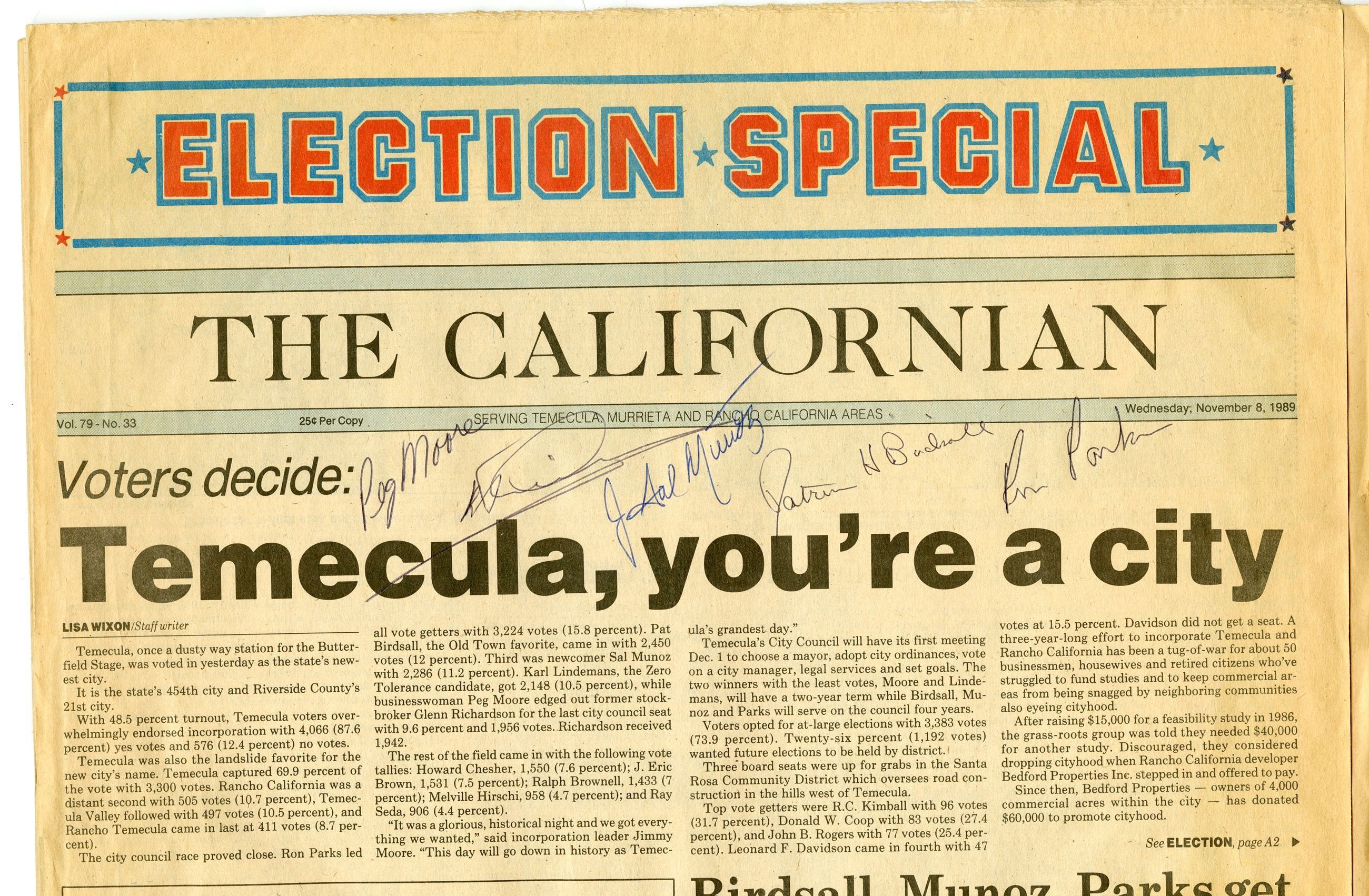 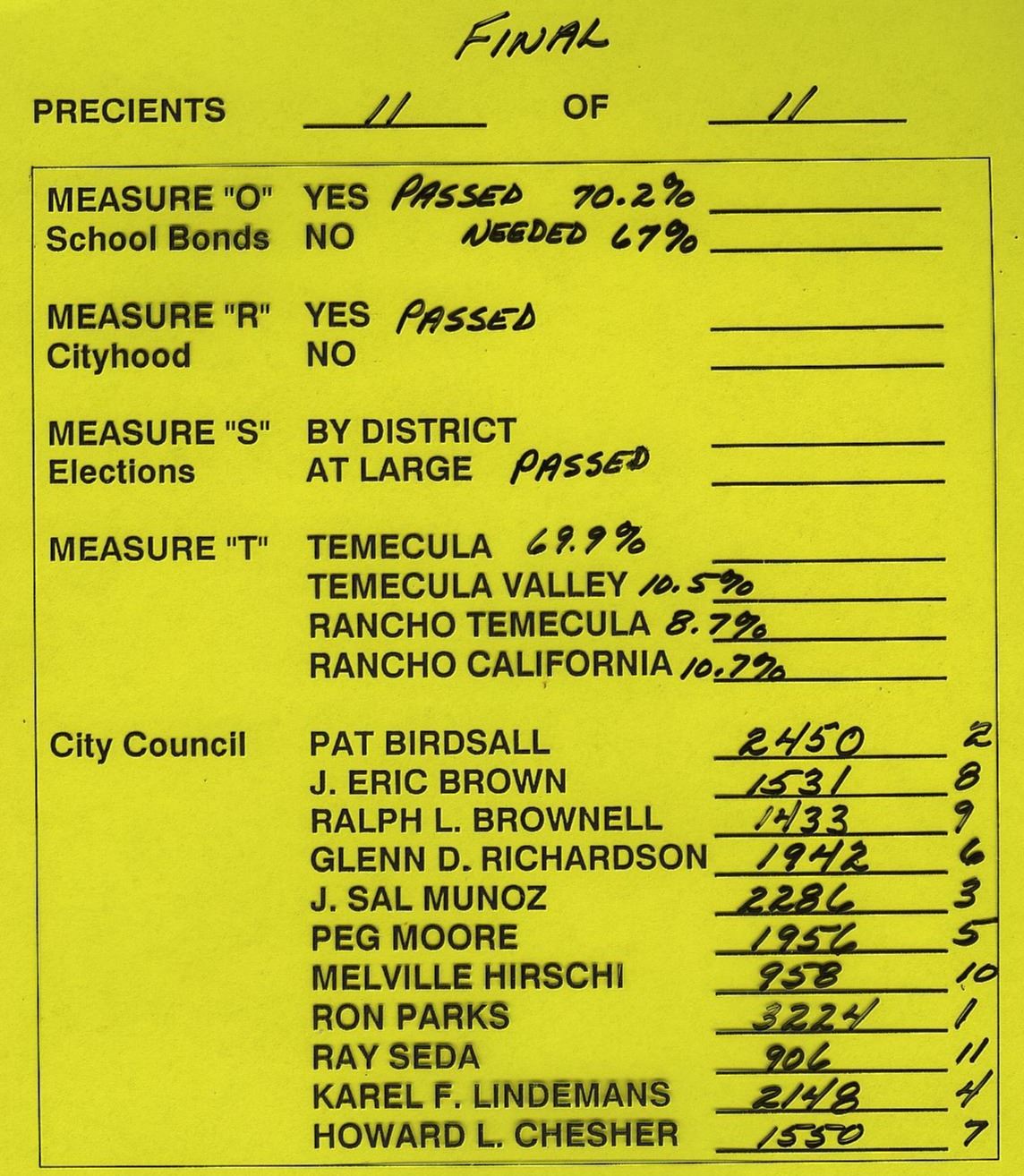 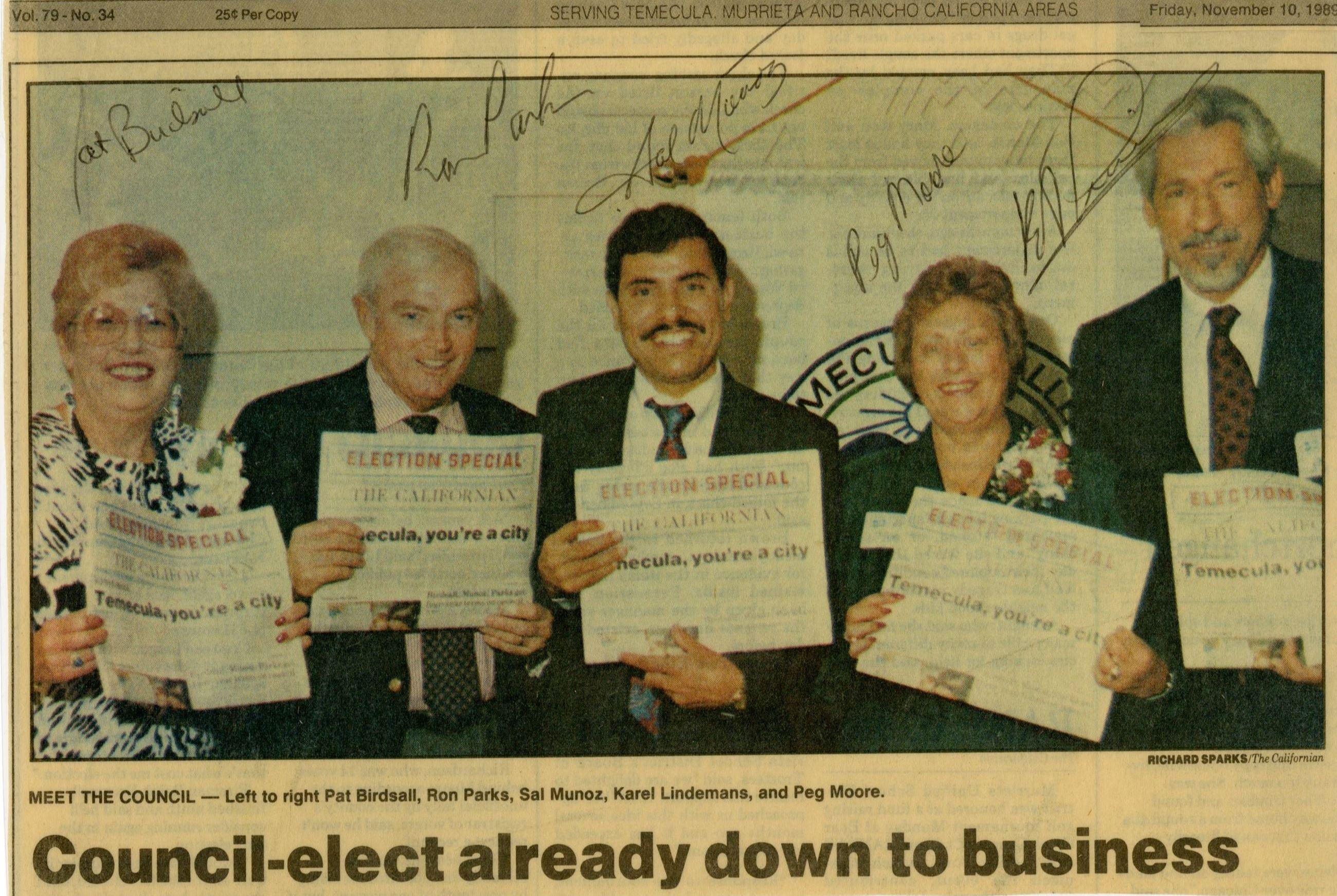 After months of preparation, a Special Election was held on November 7, 1989.  There were three issues to be decided by the voters.  The first was the decision on whether to incorporate.  The voters approved that measure by a whopping 87.7% of the vote count.

The second issue to be decided was the naming of the new City.  There were four choices listed on the ballot – Rancho California, Temecula, Temecula Valley, or Rancho Temecula.  69.9% of voters preferred the name Temecula.

Finally, voters had to select the individuals who would make up the first City Council.   There were 11 candidates running for election.  The five successful bidders for election to City Council were: