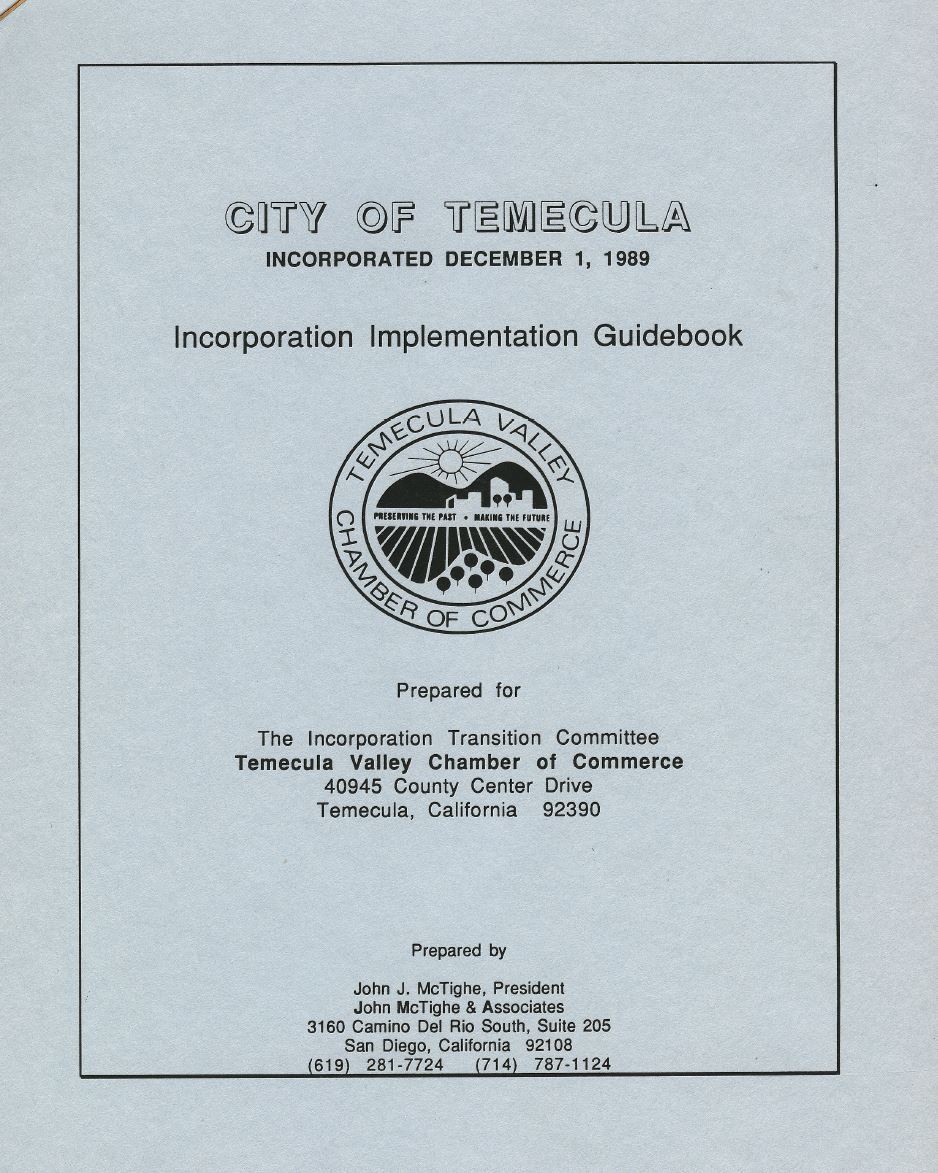 Local Agency Formation Commission (LAFCO) are regional service planning agencies of the State of California. The City Committee's original proposal to LAFCO was to incorporate all of the areas known as Temecula, Rancho California, Murrieta, and Murrieta Hot Springs, creating one large City.  Almost immediately, a debate erupted over what the name of this new City should be.

LAFCO ultimately decided to divide the two overlapping areas at Winchester Road, allowing it to approve both proposals.  This launched a new debate over the proposed boundaries.  The boundaries for the proposed City of Temecula continued to evolve over the next few months before the issue finally went to the voters in November of 1989.